Vinda shakes up this year’s fashion norm on July 29th by hosting a Tissue Wedding Dress Show with Tmall in Shanghai. The Show opened with romanticized runway catwalk. Lin Chi-ling, the country’s most gorgeous model and actress sent soaring temperatures in a tailored tissue wedding gown made by the globally renowned designer LAN Yu. 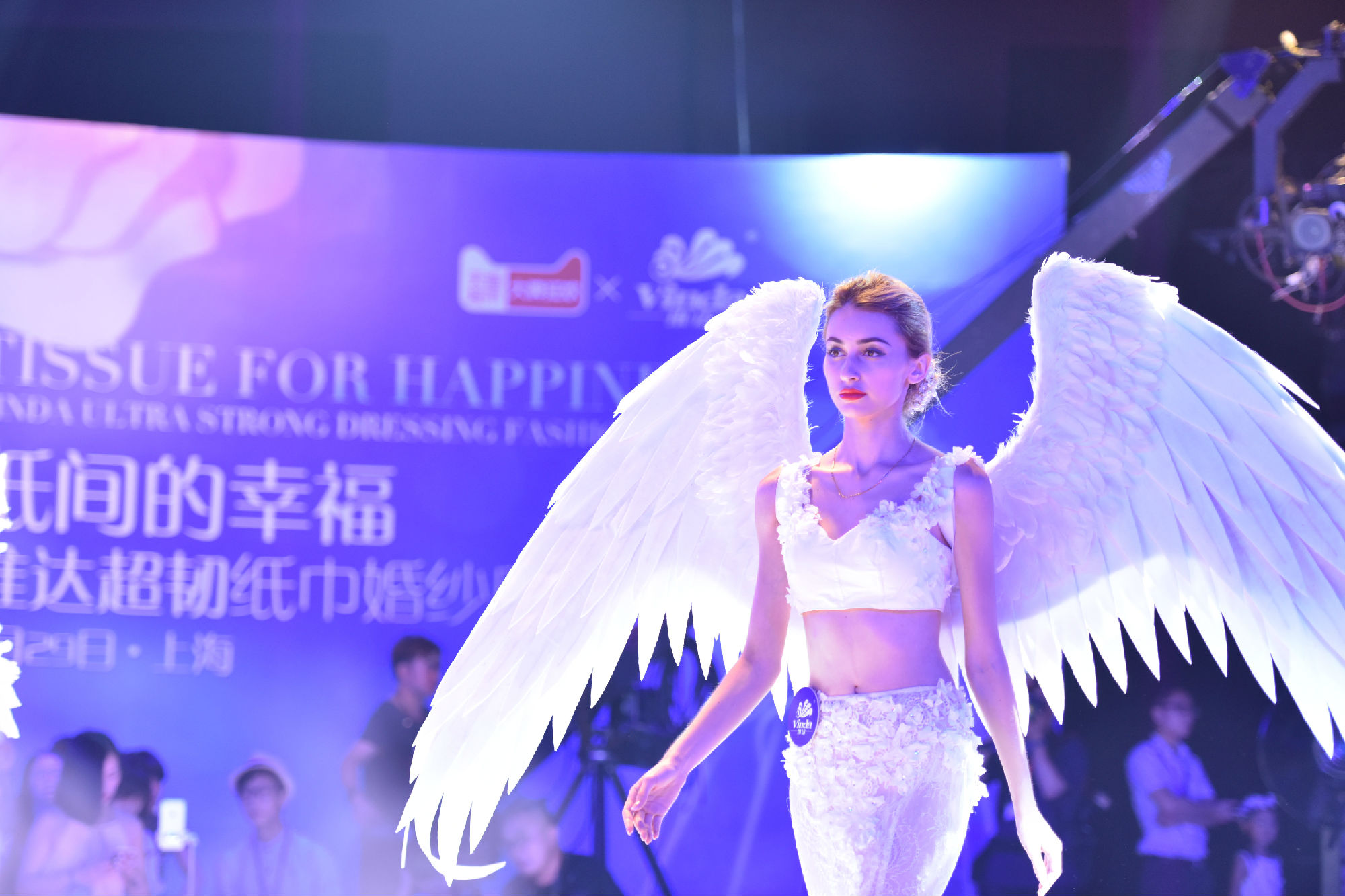 LIN Chi Ling looked stunning in the special wedding couture made from tissue as she showed up on the state. In an interview after the show, Ms LIN told us that she had many experiences wearing wedding gowns in the movie. But this was her first time with a tissue wedding dress. “It feels unbelievably soft and gentle. Yet the tissue is so strong that it can be made into a dress.” She commented.

LIN Chi Ling has long been known for her belief in marrying the right person instead of marrying at the right age. Tom TANG, President, Marketing-mainland China said, “Her commitment to genuine happiness resonates with Vinda’s 31-year commitment to high-quality tissue. That is why we choose her to model our new tissue wedding gown. “ 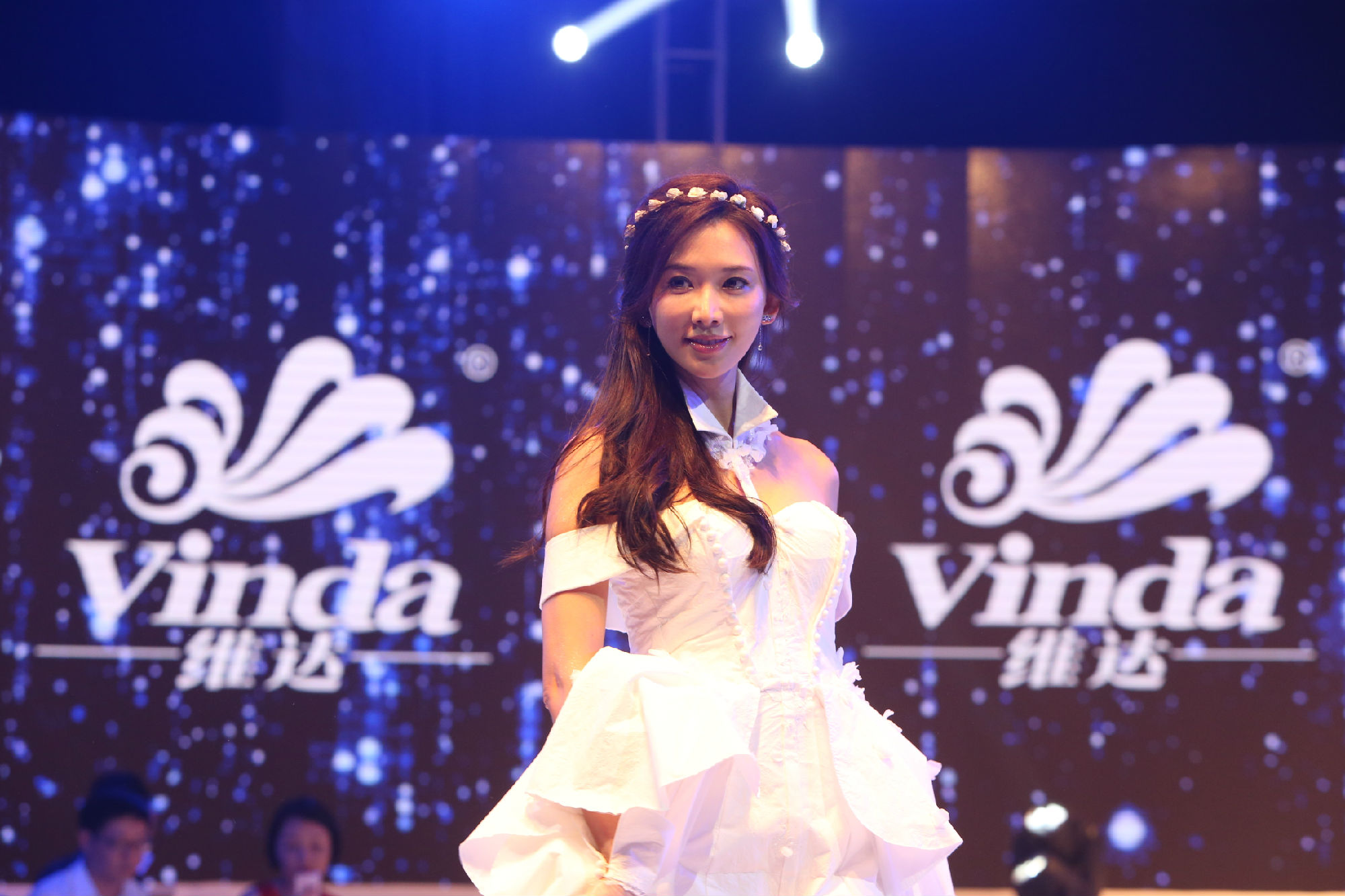 The wedding gowns presented on the Show were designed by LAN Yu, a prominent fashion designer, featuring gowns for children and for brides. Story behind the new release was told by the designer herself on the Show. She said without Vinda’s upgraded Ultra-strong facial and 4D-Deco embossed tissue, it would be impossible to come up with the creation.

Vinda and the designer team’s common goal to bring consumers a better life is the foundation for our cooperation. The idea of tissue wedding gown came in 2013. Now the creation is transforming tissue from a “necessity” to a “fashionable necessity for better life”.

Marketing Director TONG Fu of Tmall attended the Show. Tmall provided live streaming of the Show and allowed consumers to buy the paper wedding dresses in real time on its platform.